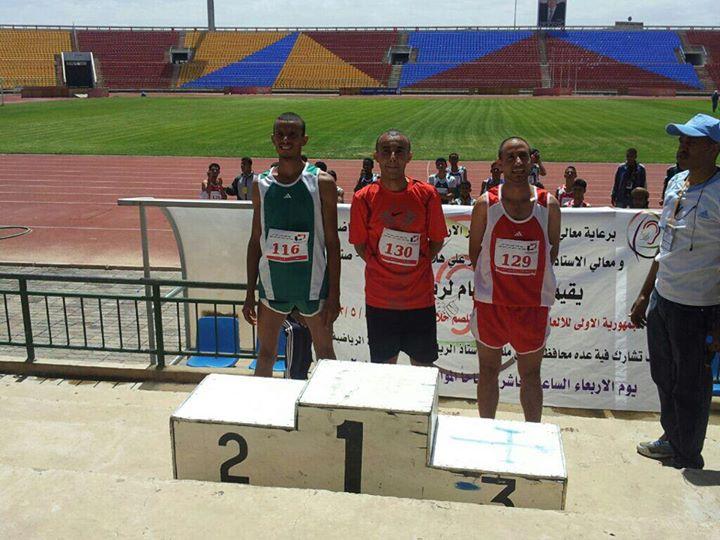 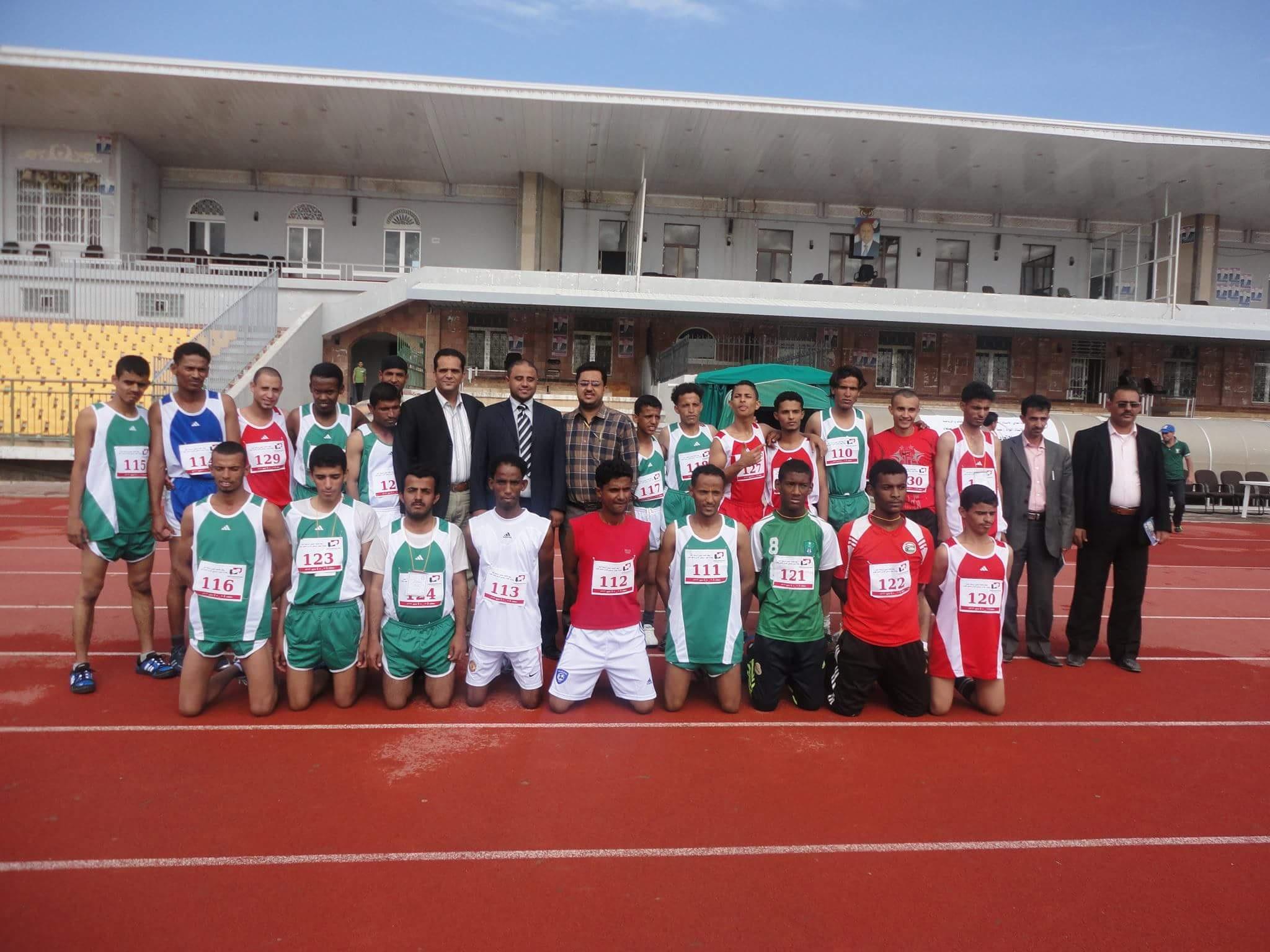 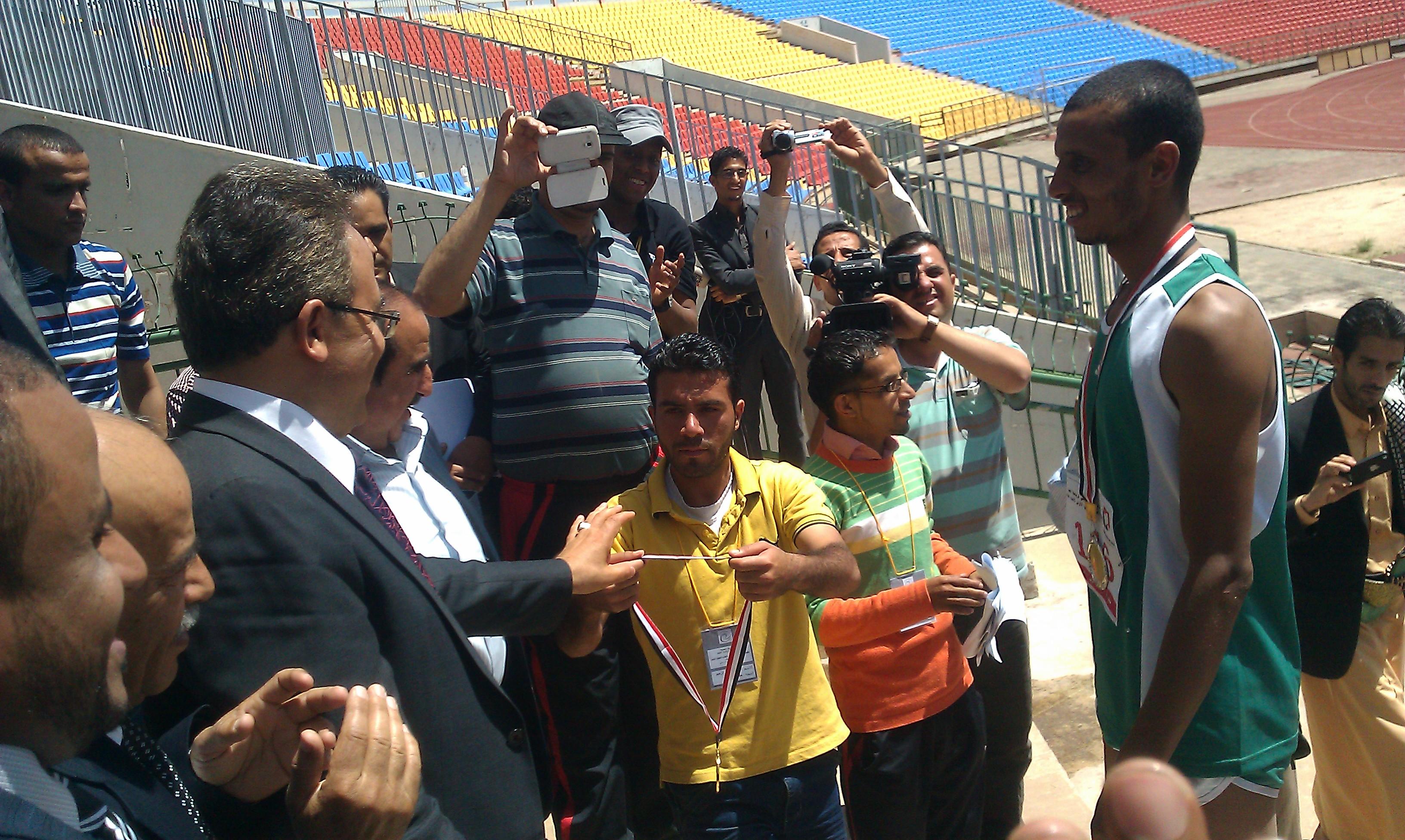 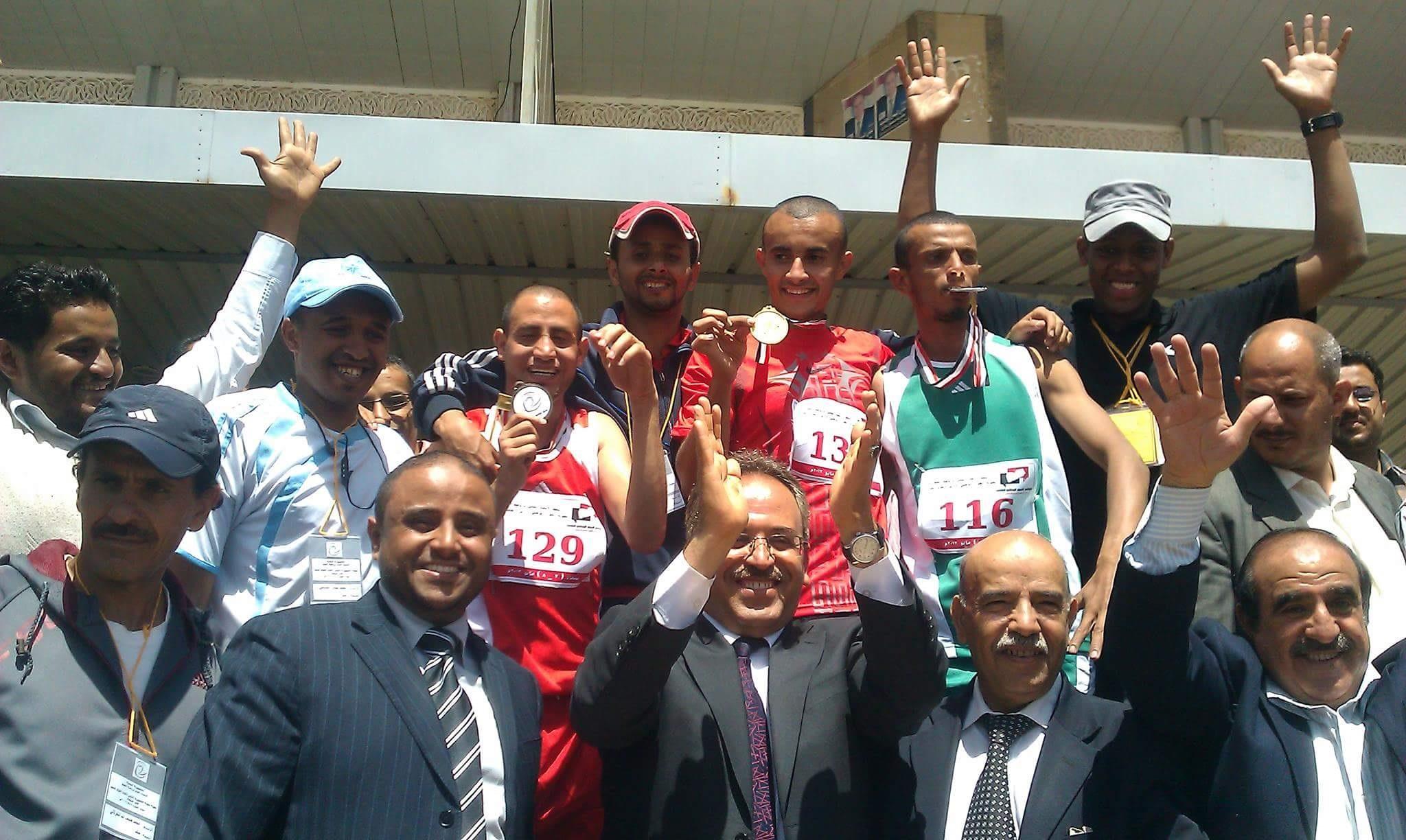 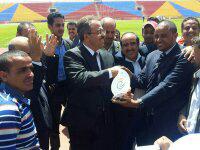 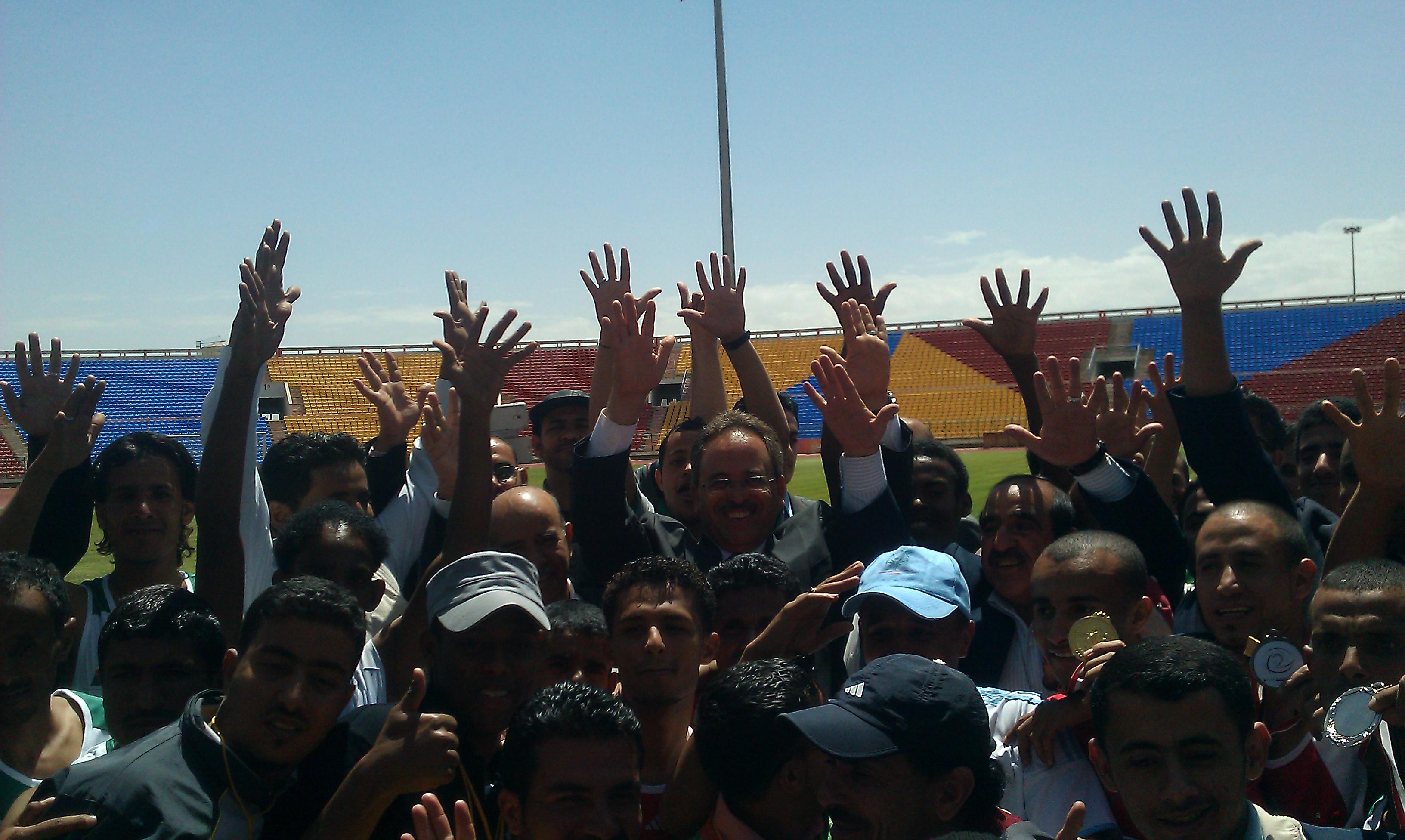 The Yemen Deaf Sports Federation organized in cooperation with the Yemeni Club for the Deaf Sports in the capital the First Republic Championship of Athletics for the Deaf during the period from 7 to 8 May 2013 on the Track al Marisi stadium  Sports in Al-Thawra Sports Stadium in Sana'a With the participation of clubs and centers of sports Deaf in the provinces Taiz, Hadramout, Hodeidah, Imran, Al Mahweet, Lahj , Marib, capital- Sana'a, Aden , Dhamar, Ibb .

The results led to the culmination of the Sana'a Governorate Championship Championship of the First Republic of Athletics Deaf with two gold medals, one silver and one bronze and came in second place of the championship Taiz province with a silver medal and was in third place Dhamar province with a bronze medal.

The ceremony was sponsored by the Governor of the Capital, General Abdul Qader Hilal, the presence of Mr. Abdullah Al-Hamdani, Executive Director of the Disabled Fund and Mr. The head of the Social Affairs Committee in the capital Sana'a, the brother Ahmed Abdul Khalek Mohammed Al-Qamra, the president of the Yemen Deaf Sports Federation, and Mr. Nabil Al-Mahdi, the Director General of the Unions in the Ministry of Youth and Sports and a number of leaders of the Ministry of Youth and Sports.