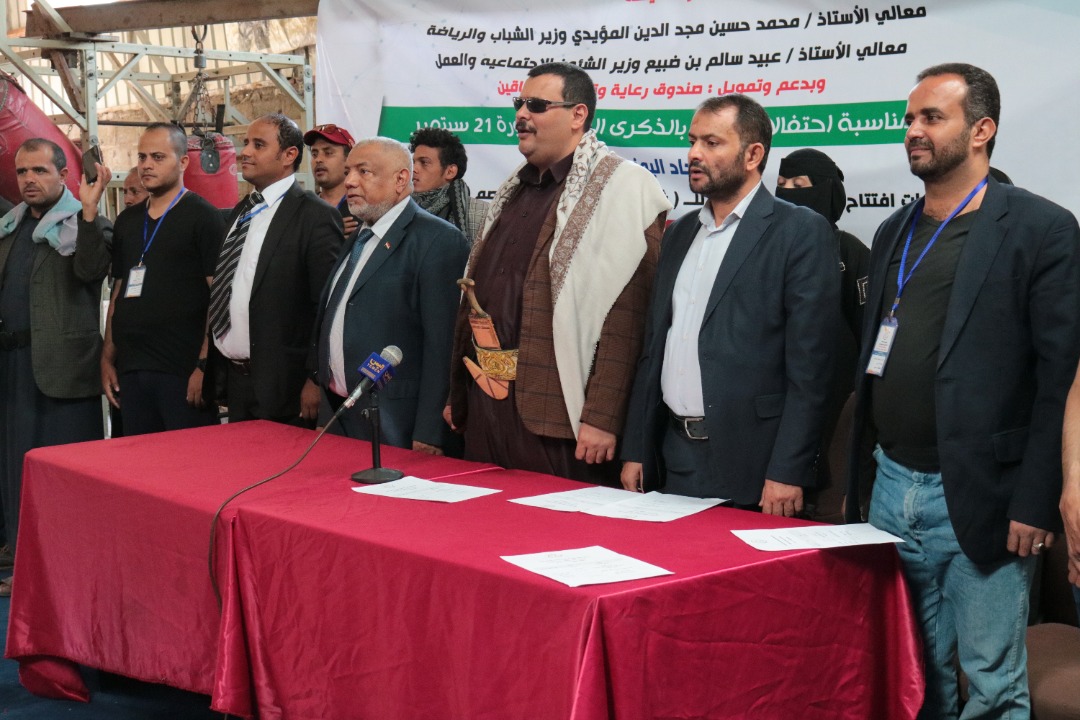 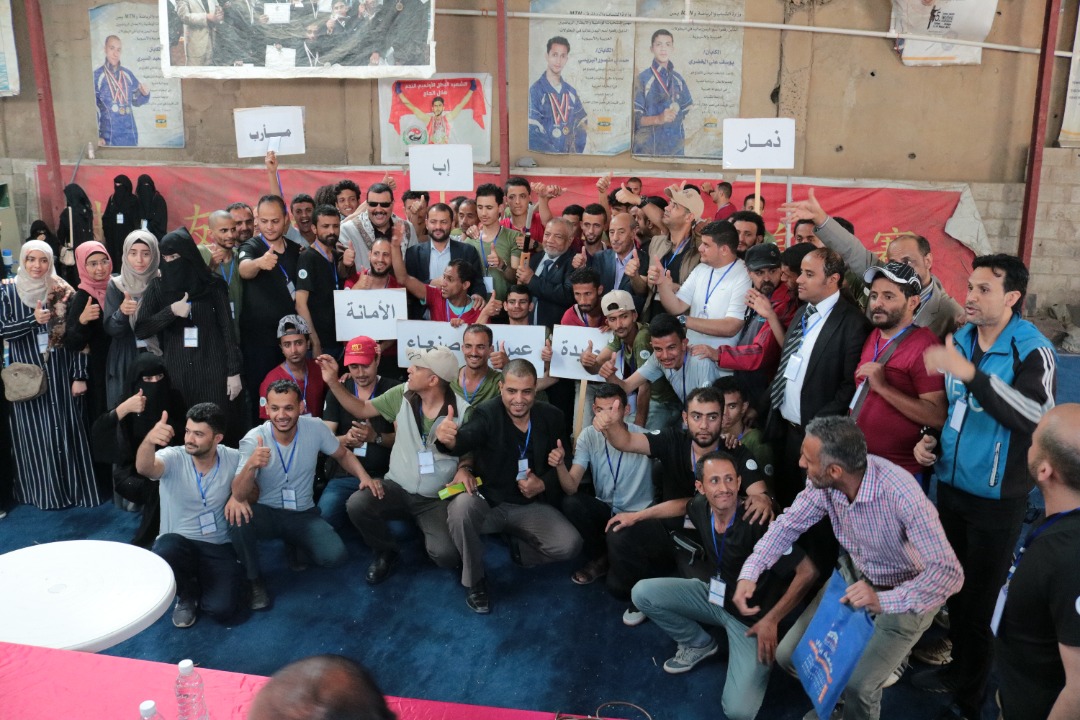 On the occasion of the National Day of Yemen September 21

For men and women

The championship is organized by the Yemeni Deaf Sports Federation for the period 18-21 September 2021 AD, where it opened in the Kung Fu Hall.

At the opening of the tournament, the Minister praised the tournament and gave them an impetus and interaction to compete to highlight their abilities and skills.

The inauguration of the tournament was attended by Mr. Abbas Al-Maddoumi, Undersecretary for Sports Affairs, Mr. Ali Nasser Mughli, Director General of the Fund for the Disabled, Mr. Abdullah Bunyan, President of the National Federation of Disabled Associations, Mr. Yahya Sorour, President of the Deaf Association in the capital, and Mr. Awad Munif, representative of the Marib Association for the Deaf.

(70) players of both sexes representing the governorates of (Al-Asimah capital - Al-Hodeidah - Sana'a - Dhamar - Ibb - Amran - Marib) will participate in the tournament under the supervision of teams and arbitration committees specialized in bowling, archery and chess with sign interpreters.

These arbitration teams apply the international regulations and laws that are recognized in all federations of the world.

After the results of the tournament, the winners of the three levels and positions - of different sexes - will be awarded with cups and medals, in addition to distributing financial prizes.